Published by Kristy Jordan on September 18, 2022

Spain coach Luis Enrique has denied claims he has called up Nico Williams to the national team squad to keep him away from playing for Ghana.

Nico earned his first senior call-up when he was named in Spain’s squad for their Uefa Nations League matches against Switzerland and Portugal this month and while he turns out for La Roja, his brother Inaki will be making his debut for Ghana.

The Williams brothers are both eligible to feature for the Black Stars, having been born to Ghanaian parents in Spain but with Inaki choosing the Black Stars in June, Nico opted to play for the European nation.

There have, however, been fears from fans that Nico could be ‘used’ by Spain, and Enrique has refuted such ideas.

“I’m not doing this to stop him going with Ghana; he’s young and a very interesting player,” said Enrique as quoted by the Guardian.

“He’s playing more often with Athletic [Bilbao] now. He’s progressing wonderfully. I like him enormously. We’ve had him in the junior squad and have been following him for a long time,” he added.

“I reckon the family will be delighted: imagine the party if they both go to the World Cup. And they reach the final, well, that would be the absolute business.”

The 20-year-old has represented Spain at all junior levels and after being a bit-part player in his first season (2020-21) at Athletic Bilbao, he has become a key member of the squad, featuring in 40 matches while scoring three goals in 2021-22.

He has been involved in all six games for the club this term, starting five, and scoring his second goal of the season in Saturday’s 3-2 La Liga victory over Rayo Vallecano, with Inaki also on target in what was the first time both brothers scored in the same match.

Inaki, meanwhile, will hope to make his Black Stars debut in Ghana’s friendly against Brazil on Friday before next Tuesday’s clash with Nicaragua after being included in the squad by coach Otto Addo.

The 28-year-old, who extended his incredible appearance record to 239th consecutive games for Athletic on Saturday, switched allegiance to Ghana in June, after snubbing previous overtures by the West African nation. He had made only one senior appearance for Spain by the time he switched.

How to put at sign and accents on Chromebook with keyboard?

Writing plays a fundamental role in the production of texts. Thus, to have a good one, you must make proper use of punctuation marks, for example accents , capital letters and others, such as the at sign in Read more…

SHEIN CELEBRATED “ROCK THE RUNWAY: SHEIN FOR ALL”, ITS FW22 FASHION SHOW 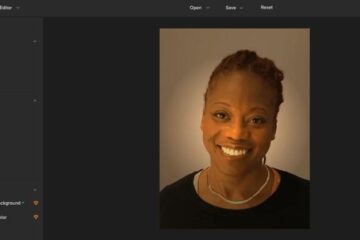 Marsha is looking for the best apps for Instagram aesthetic because she wants to increase engagement on her profile. As a photographer, Marsha understands the importance of displaying her work as images. However, due to Read more…